Energy efficiency has become one of the predominant drivers in the design of the building envelope, challenging the traditional norms of facade construction. But this need to design more efficient facades has not always been matched with a focussed analysis of the actual facade performance, as energy compliance software does not provide the necessary fine tuning of the detailed design to meet the target performance.

Facade engineers have the tools to accurately model heat losses of built-up walls, glazing systems and interfaces through 2D and 3D finite element thermal analysis. An example is the 3D thermal bridging tool Eckersley O'Callaghan developed in-house to assess the heat loss associated with a localised penetration in the facade. But these detailed refinements can get lost as the M&E engineer’s energy models are often based on somewhat simplified building geometry and inputs due to the limitations of today’s software, relative to the growing complexity of facade systems. 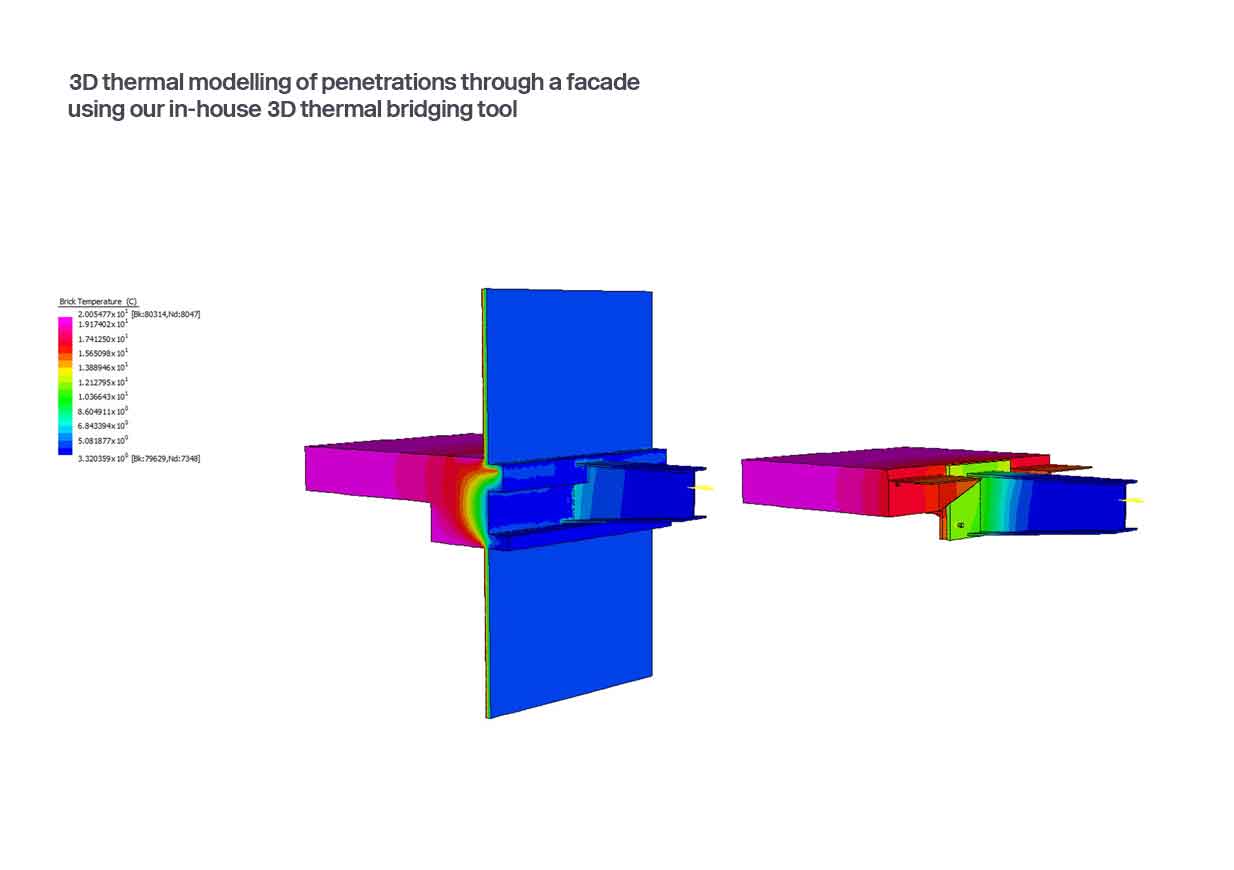 As a result, a key challenge is to communicate the facade parameters and detailed properties to the M&E engineers for input into their energy model, to ensure it is fully representative of the envelope design.  Through the design stages, more scrutiny is required over the discrepancy between the detailed level of thermal modelling of facade systems and often more broad, holistic inputs needed in the energy model. Offsetting this discrepancy is key in optimising M&E plant sizing and more realistically understanding the expected energy and operation carbon use.

To overcome this challenge, we initiated a research project with environmental design engineers Skelly & Couch. Our research aims to bridge the gap between envelope and building services engineers and develop a methodology to improve coordination. We have developed a tool that allows for more simplified and efficient workflow between the two disciplines, to ensure the parameters measured by the facade engineer (such as glazing and frame properties, thermal losses at interfaces, the envelope’s thermal mass and natural ventilation etc.) speak directly with the inputs of M&E software. As an example, following the analysis of U-values, repeating thermal bridging and localised thermal bridging of a facade bay, the tool leads to a quick extrapolation of the overall bay thermal performance that can then be communicated to the M&E engineer, along with other performances. Consequently, the performances of a complex facade system can be more accurately defined in the energy model, leading to more reliable results.

Through our collaboration, we have also fine-tuned our parametric energy modelling tools used in the early design stage and measured outputs against more traditional M&E tools such as IES. This allows the facade engineer to model several iterations of facade performance to help steer early project decisions and explore the benefits of more complex facade elements such as irregular shading patterns or dynamic glass. 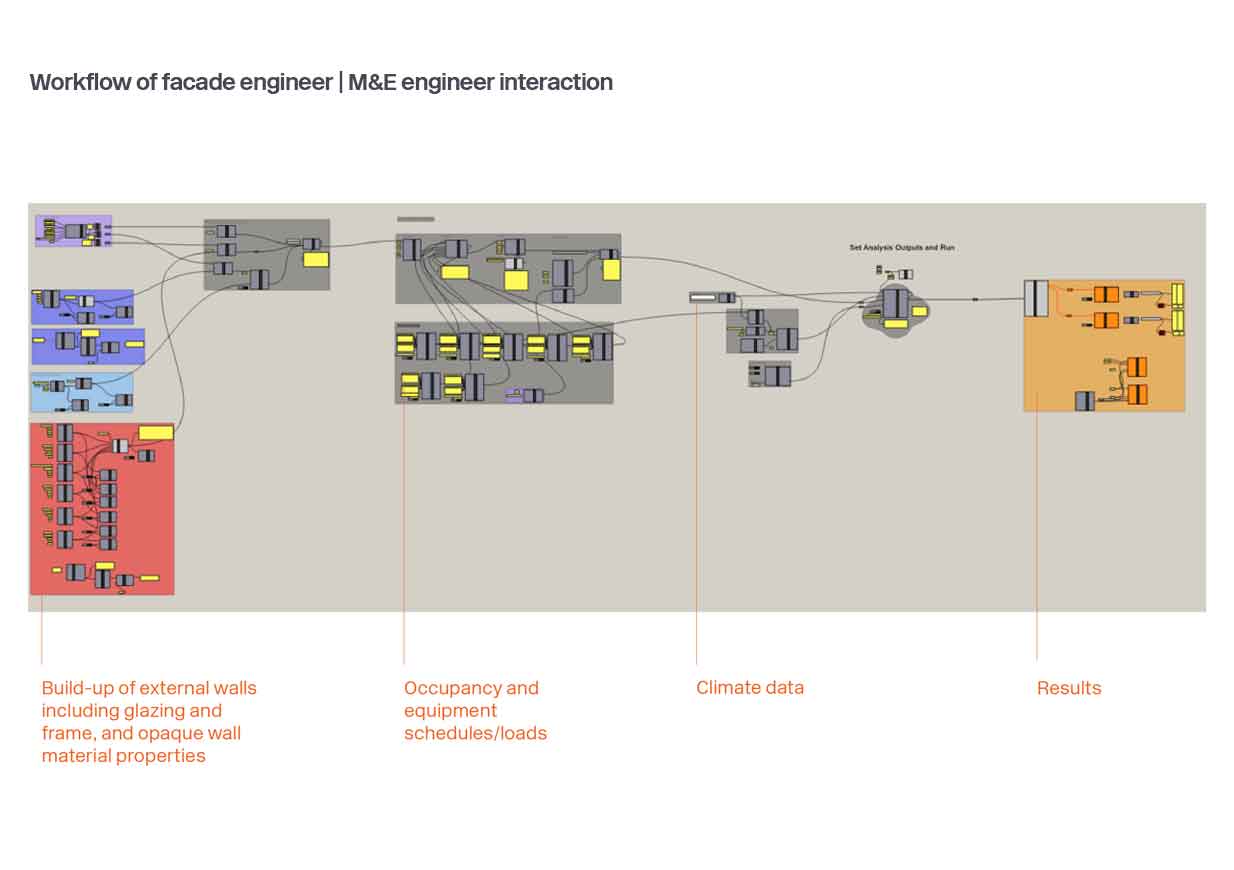