To achieve the 2030 goal of net zero carbon, facade strategies must tackle both embodied and operational carbon. Operational carbon can be reduced by using passive design measures, whereas embodied carbon reduction requires a careful selection of facade systems considering the materials, procurement and system design. 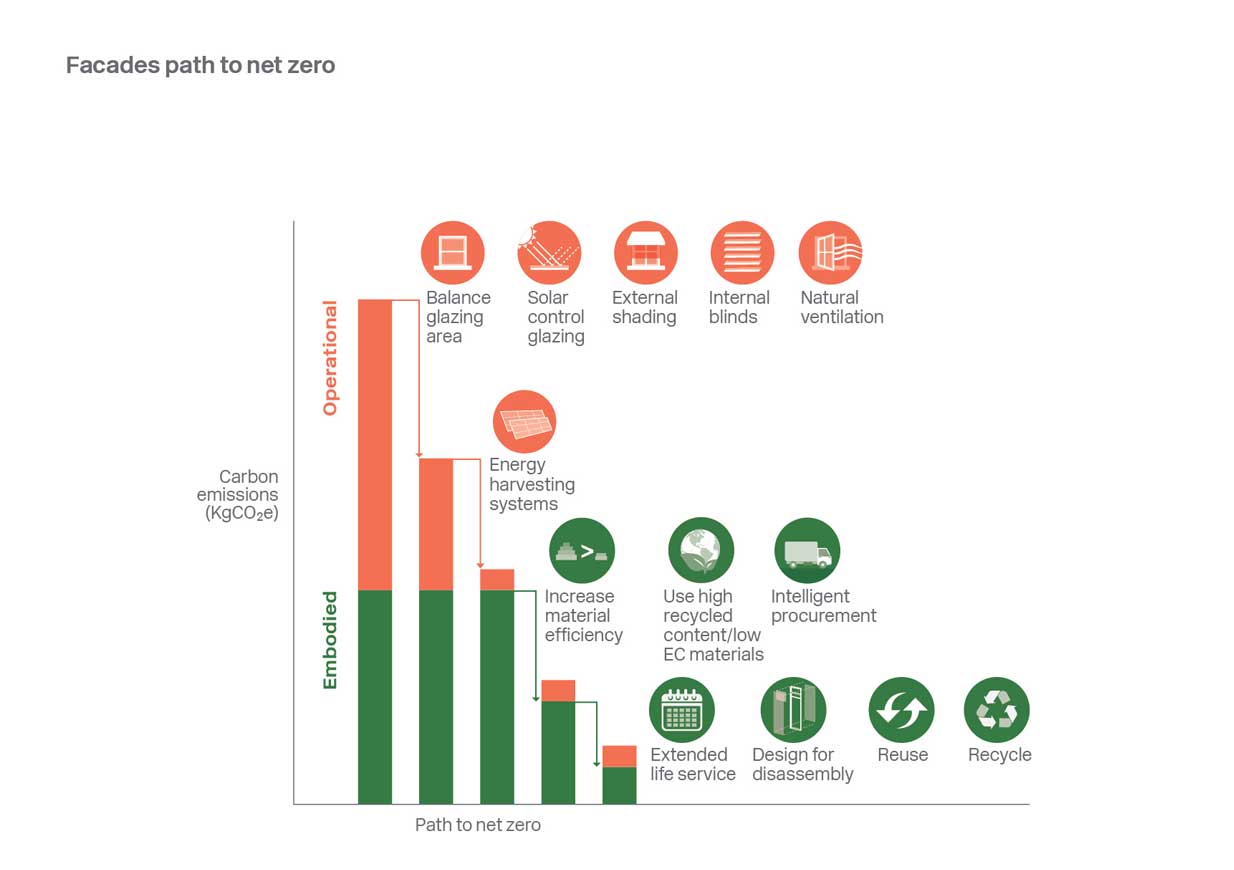 Embodied carbon (EC) is a metric used to measure the Global Warming Potential (GWP) of the greenhouse gasses emitted during the non-operational phase of a building, using carbon dioxide equivalent per functional unit (usually m2 of GIA or facade area) as a common unit for comparison (kgCO2eq/m2).

Unlike operational carbon, the embodied carbon is currently not regulated. However, the building life stages (or Life Cycle Boundaries/Stages) are identified in accordance with EN 15978. As described in the diagram below (LETI Embodied Carbon Primer, 2020), Module A includes the first stages where the embodied carbon of a material usually encompasses the carbon from energy used to extract, process and manufacture until the point it leaves the factory gate and is then transported to project site (also known as ‘cradle to gate’). These stages do represent the most significant part and are those for which the most data is available. 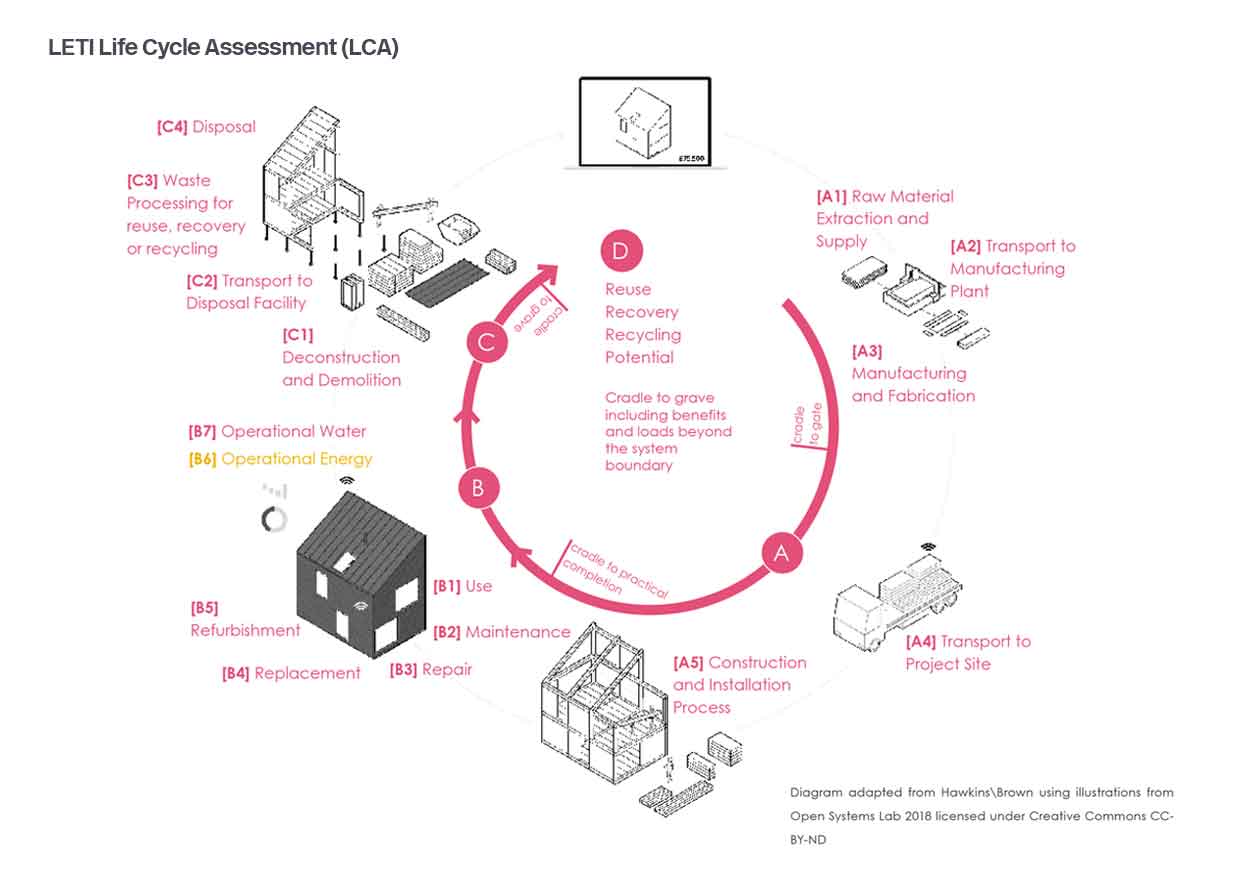 As a result of an internal R&D initiative started in 2019, we developed our own Facade EC calculation tool that enabled us to inform the development of several projects.

The same calculation tool can be also used at more advanced stages when trade contractors and supply chain partners are also involved, investigating possibilities for reducing the carbon footprint of the facade construction systems adopted. 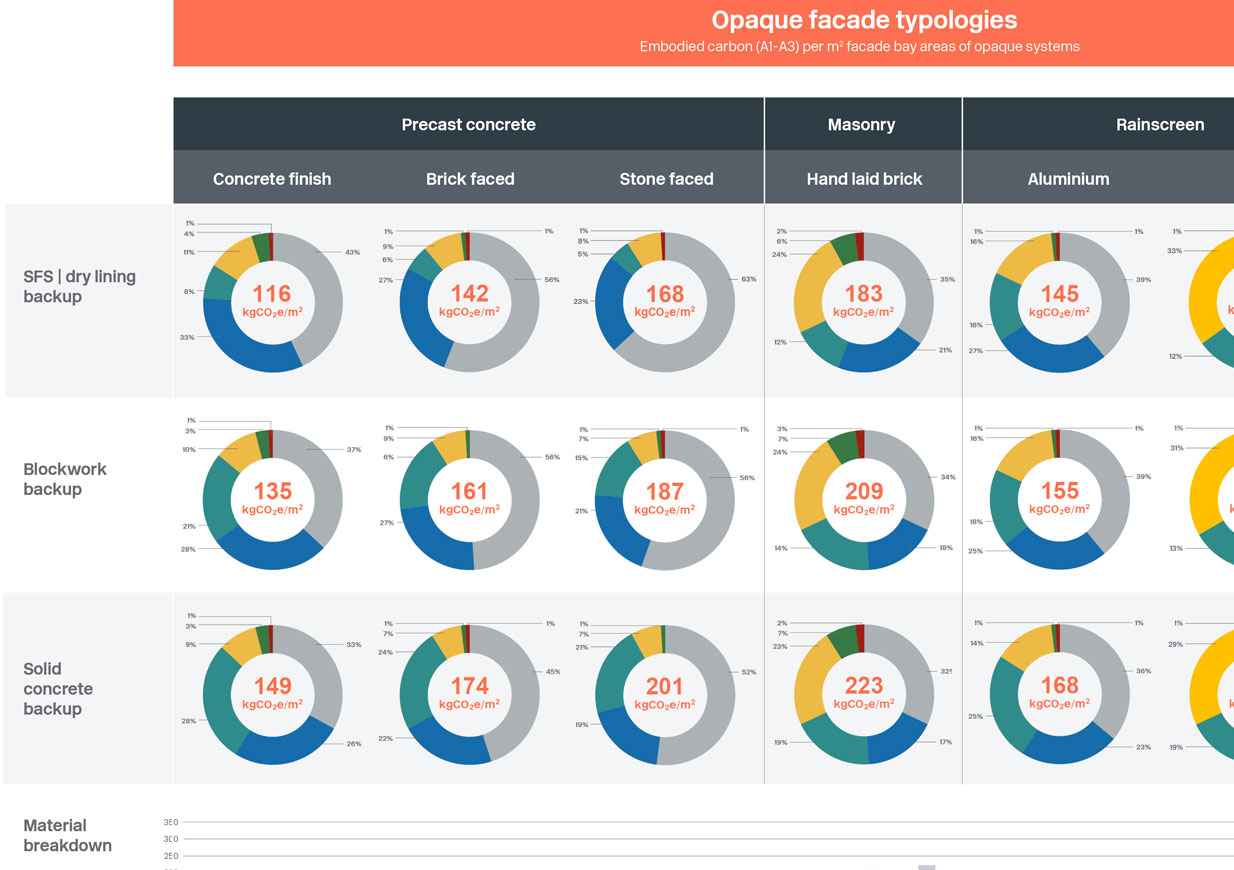 Our ongoing research activity has recently focused on investigating the EC impact of variable design parameters (e.g. window reveals, shading depths, panel geometry, glazing properties) that may characterise a facade system proposal. Collaboration with MEP and Sustainability consultants has also proven key in adding the operational carbon variable to the whole-life carbon assessment equation. Refer to our previous Climate Friday post “Thinking inside the (shoe)box” for further insights into how we envisage combining EC and OC in comprehensive whole-life carbon assessments to create truly sustainable designs.