This year’s annual trip saw the team decanted to Keswick in the UK’s Lake District for three glorious days. Much fun and hilarity ensued as the team completed a series of team building exercises, archery, ghyll scrambling and of course karaoke. 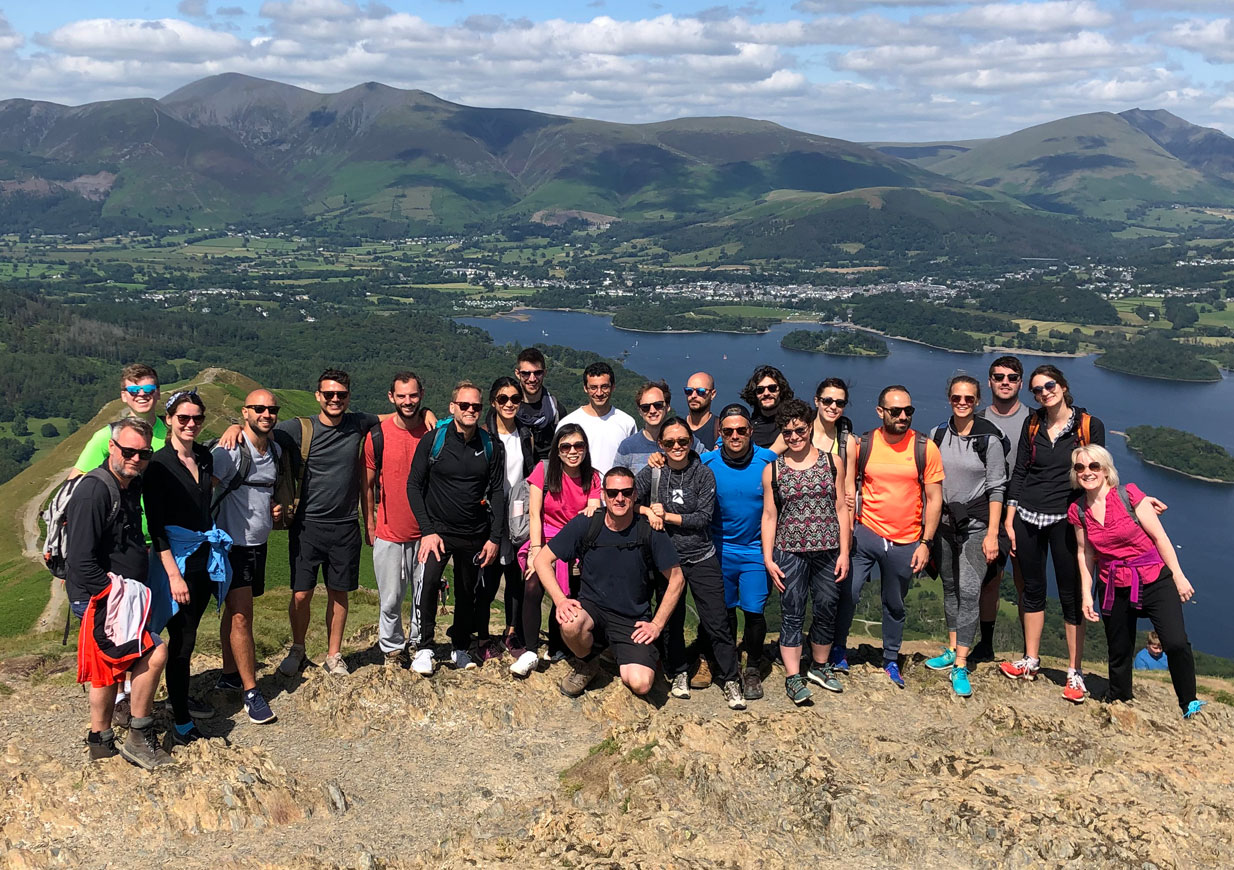 As the summer reached its peak, the team set off in high spirits for Keswick by train, arriving at the hired-out Newlands Adventure Centre just in time for dinner and an initial scoping of its bar facilities.

Day one saw the team donning wetsuits and the more familiar piece of equipment of the hard hat to embark on ghyll scrambling. This involved a mix of climbing up and sliding down waterfalls, jumping from rock faces into pools, and building human dams against the full flow of the river water downstream. 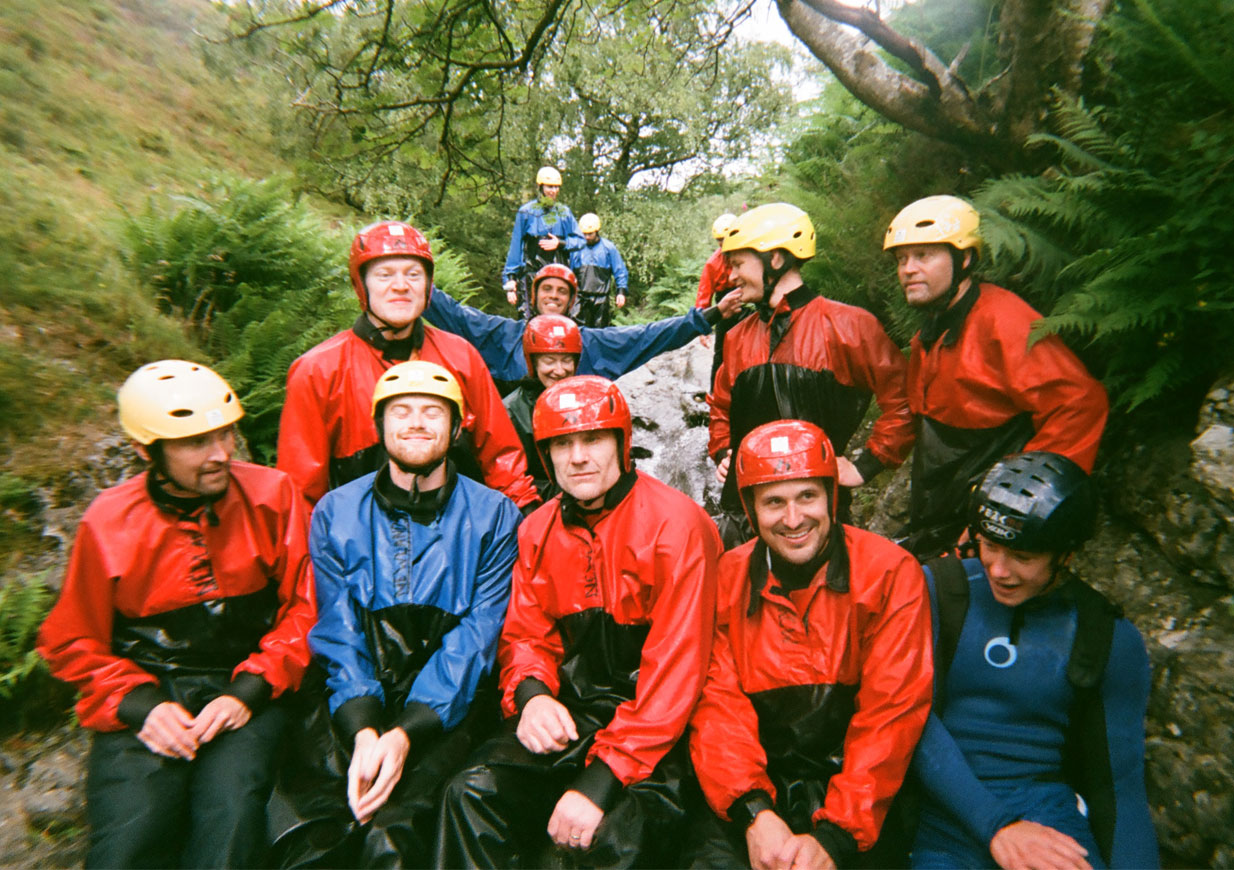 If this wasn’t enough, after drying off, the merry bunch was divided into groups to undertake a series of team bonding exercises including blind folded obstacle courses, archery, group skiing, climbing super high rope ladders and becoming Houdini to escape from being tied to colleagues. A hearty dinner, bar tab and karaoke rewarded everyone’s hard work. 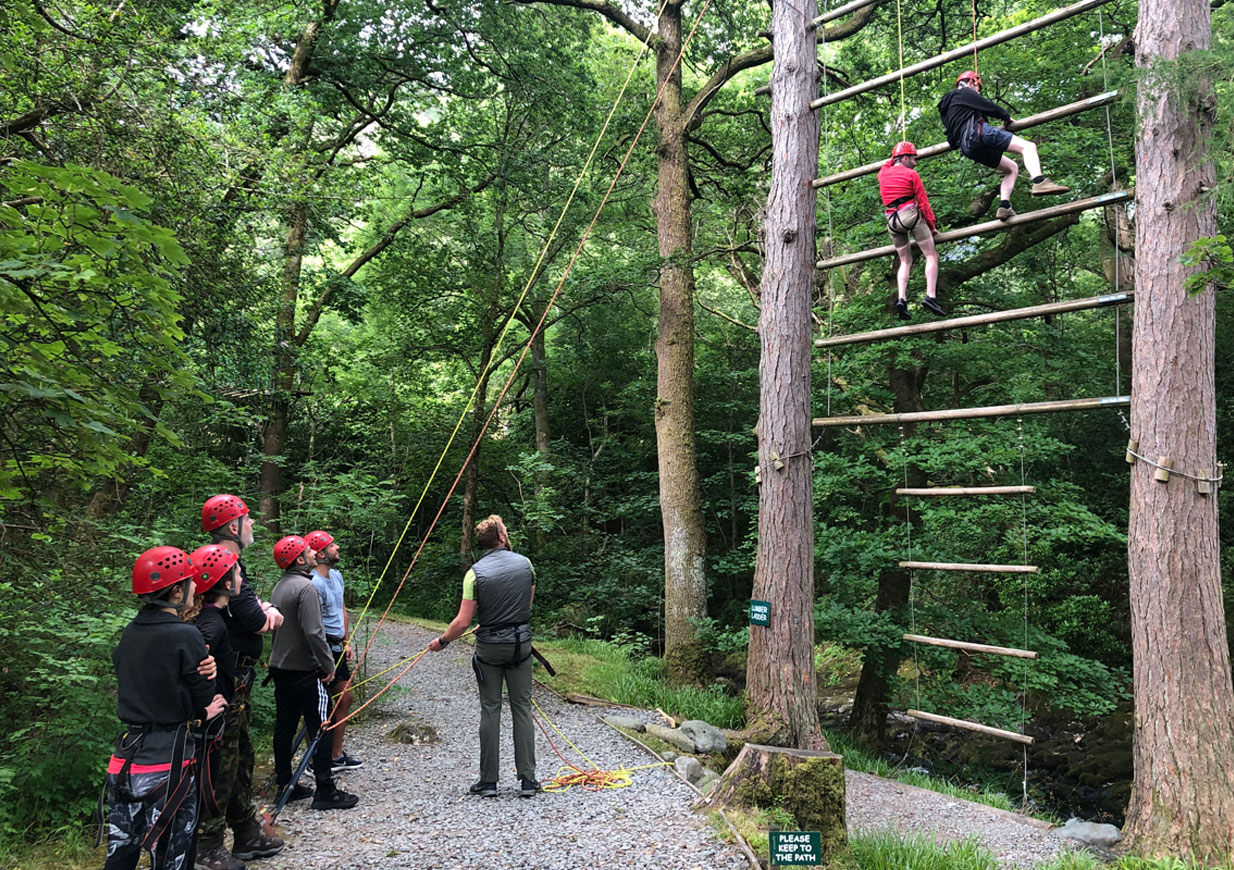 The second day saw Brian Eckersley taking the team for a nostalgic easy hiking trip from Honister Pass to Derwentwater, sharing memories of taking his children on the same route years before. Over dinner and drinks in a local pub Brian’s definition of a ‘hill’ was questioned. 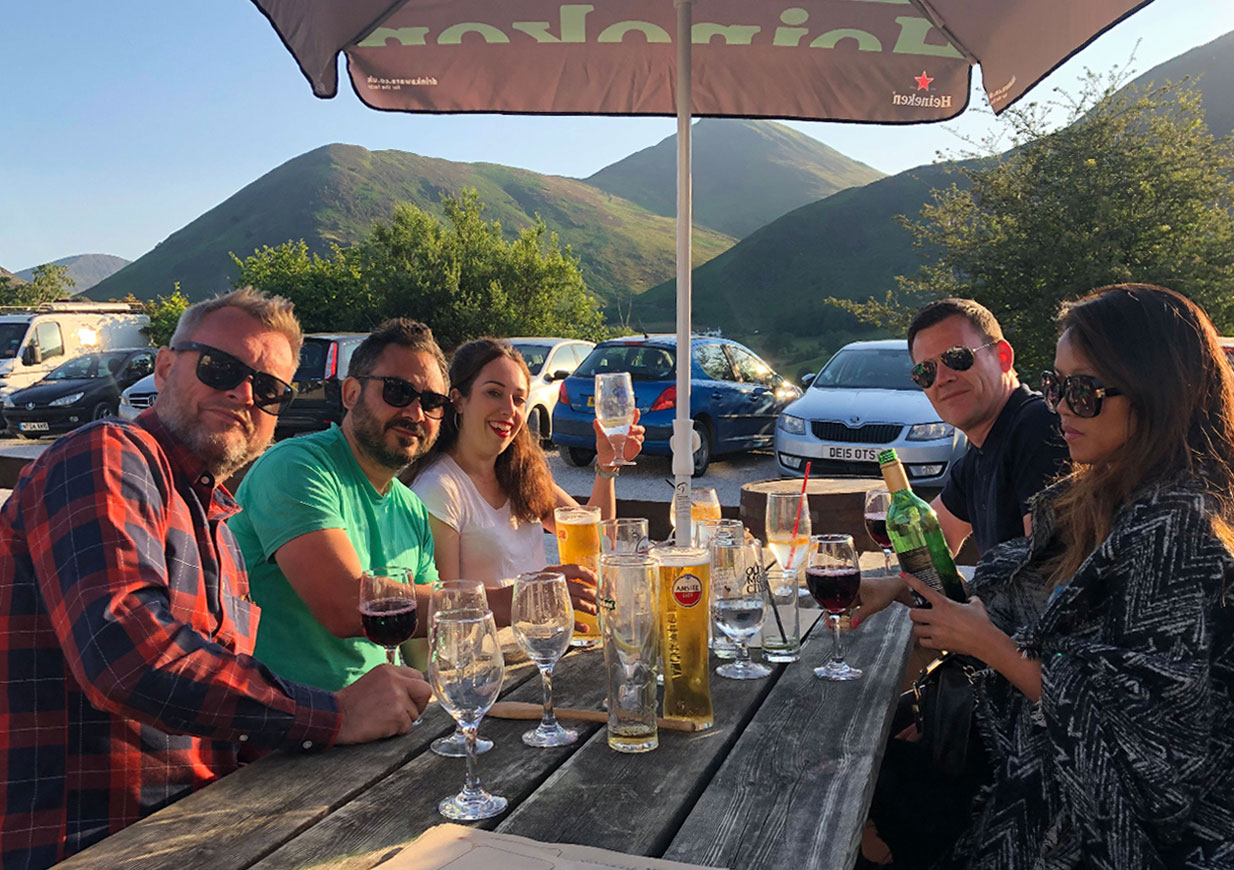 The third and final day saw a choice of either Kayaking, mountain biking or rock climbing. With the sun out, it was a perfect way to wrap up what was a fantastic few days away with the wonderful people who work with us. 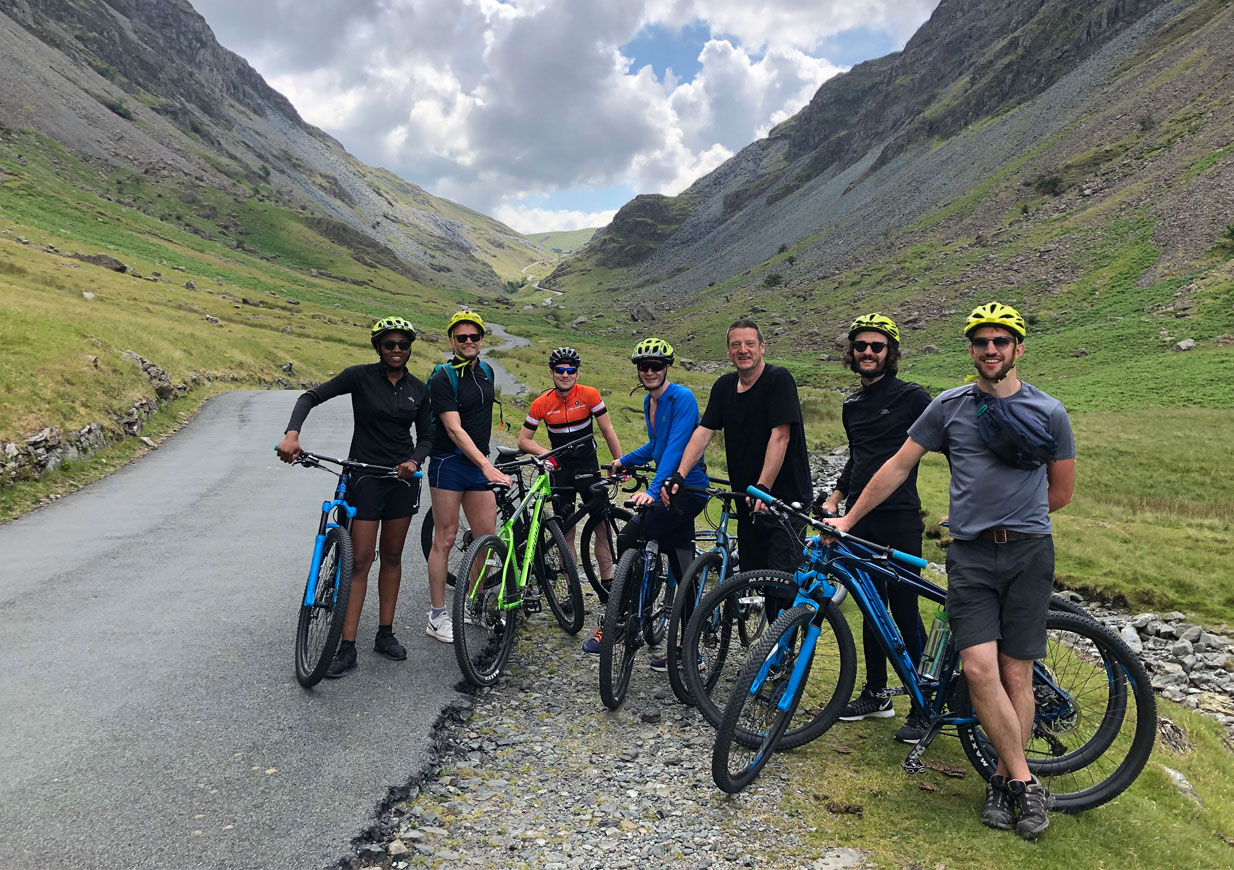