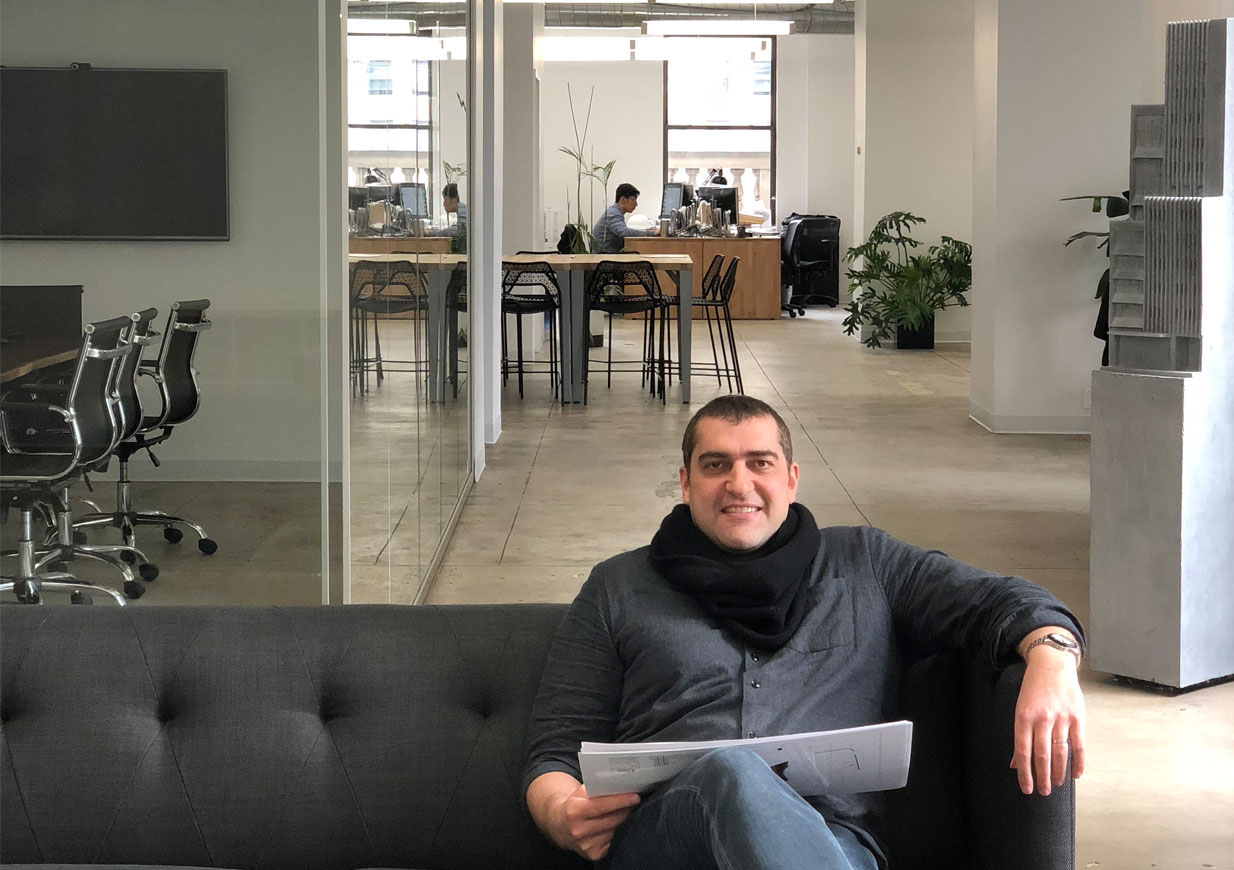 Hi Phil, please tell us about yourself.

I am an engineer and the Principal of Eckersley O’Callaghan’s New York office, which I helped set up back in 2011, which seems like an eternity ago now! We have an extremely varied typology of structural, façade and oddball projects in the US; - high-rise 100+ storey towers, corporate campuses, high-end retail, high-end residential, structural glass facades, staircases, artwork installations, furniture and product design – to name a few!

How did you get into engineering?

With no particular aspirations, other than not to take life too seriously, I spent some of my early years landscape gardening, labouring, laying tarmac and working as a welder fabricating warehouse containers, which sparked an initial interest in engineering.

Why did you move from London to New York?

When I graduated in the early nineties, it was very hard to find graduate positions. I went back to university to do a Master’s Degree by research on behalf of the Nepalese Government, who had been experiencing a number of suspension bridge failures. These were very long-span, low-tech structures and a vital part of the trail networks for villagers and yaks to cross the deep gorges of the Nepalese highlands.

The research involved writing a mammoth Fortran program that automated finite element analysis of these structures, which were very hard to design with the software available at the time.

Subsequently some years later, while I was working at Dewhurst Macfarlane, we were engaged by Rafael Vinoly Architects to engineer the Pittsburgh Convention Center, which bizarrely consisted of a series of cable trusses that were virtually identical to the yak suspension bridge structures. I came over to the US for that project and by the time it was finished four years later I was more or less acclimatized.

I was fortunate to be joined by James O’Callaghan and Damian Rogan on the DMP team, and we had a great time dealing with the daily challenges on the project, many of which were quite epic.

What are the most noticeable differences about engineering in the US compared to the UK?

US engineering is, in many respects, more rigorous than I knew it to be in the UK, and the codes tend to be a bit more explicit. Aside from the scale of projects here, the loads are also an order of magnitude bigger. A lot of our engineering work here relates to heavy inelastic seismic dynamic analysis, hurricane resistant facades, blast engineering and flood loading.

What advice would you give to recent graduate engineers?

Work hard, don’t be afraid to take on new challenges, ask questions and enjoy what you do. I have always tried to apply the same level of innovation and effort to achieve elegant designs, regardless of whether I’m working on a balustrade or a carbon fibre roof supported on glass bearing walls on top of friction pendulum base isolators. Every project and detail represents a problem to solve and an opportunity to learn.