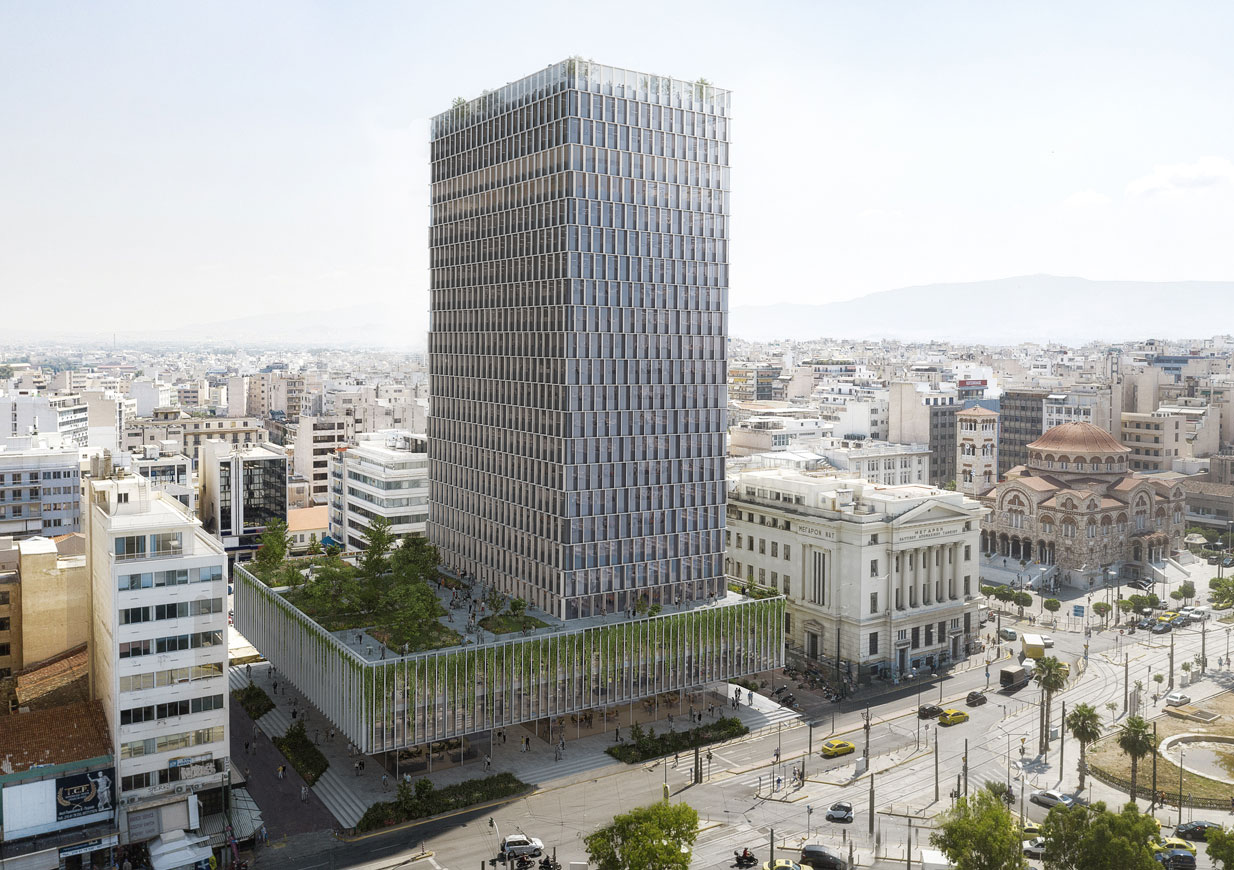 Eckersley O’Callaghan have won the competition to redesign the facade for the Piraeus Tower, one of Greece’s tallest towers.

The 22 storey tower is the tallest structure on the port of Piraeus and the second-tallest building in Greece, after the Tower of Athens. The 84m high building was designed by architects I. Vikelas, G. Molfesis and A. Loizou in 1975 and has dominated the image of the port for 44 years. The tower is often referred to as the ‘sleeping giant’ as it has never been occupied, except for the first three floors.

In 2020, the City of Piraeus came to an agreement with a consortium of investors to transform the existing structure into offices, retail spaces and restaurants, as well as to upgrade the dilapidated facade of the structure. The consortium consists of Dimand SA along with the European Bank for Reconstruction and Development (EBRD) and Prodea Investments.

The redesign is being carried out in conjunction with architect Pila.Studio.

Our plan for the design of the new facade is to transform the structure of the tower into a dynamic landmark that reflects the vibrant energy of the aspiring district of Piraeus. The proposal envisions a structure that is visually intriguing and incorporates strategies designed to drastically reduce energy consumption. It will also introduce planting and vegetation at ground level to enliven the streetscape around it. 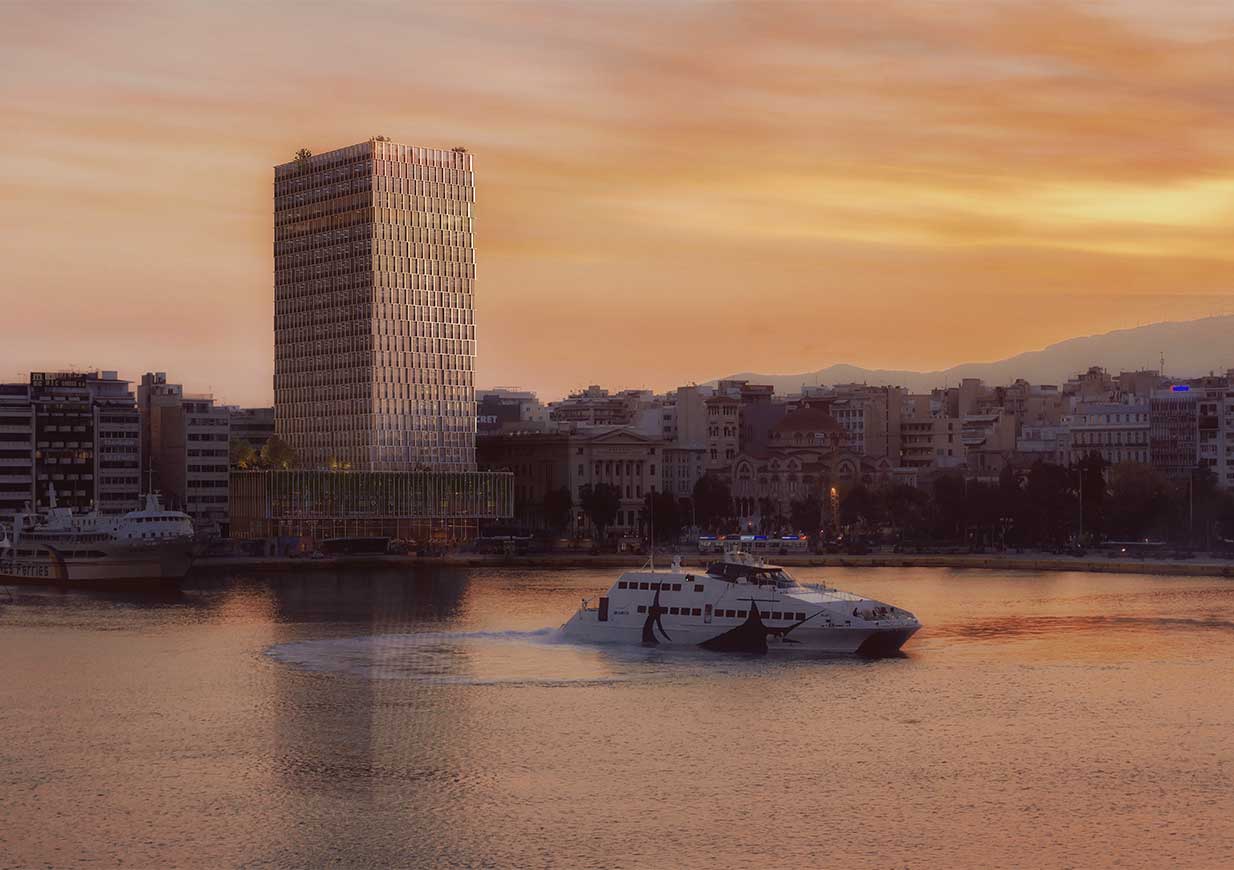 A shading structure consisting of vertical and horizontal overhangs will enclose the tower. Each vertical fin is horizontally displaced from one floor to the next, creating a spring pattern that wraps around the building. The pattern appears to gently slide from one facade to another, with the resulting visual effect of the facade wrapping around the tower like an immense piece of fabric. This dynamic pattern appears different from various locations, creating a rich visual experience that is constantly transforming, depending on where one is standing.

This approach allows for a specific treatment of each facade, depending on environmental requirements and view opportunities, but also ensures a unified treatment of the volume.

To further emphasize the movement of the facade, the vertical fins rotate as they rise toward the top of the structure. The rotation of fins is designed to optimise the shading performance of the building and amplify the panoramic views the property offers. The fins of the southwest and southeast facades are rotated to give unobstructed views of the water and the port. The northwest and northeast facades are oriented toward views of downtown Athens.

The design of the facade overhang system is a result of an ambitious sustainability and energy conservation strategy. Following a meticulous solar study, the vertical and horizontal louvers of the tower have been calibrated to reduce solar gain on the facade by 50%, resulting in a 20% reduction of the overall energy demand of the building. 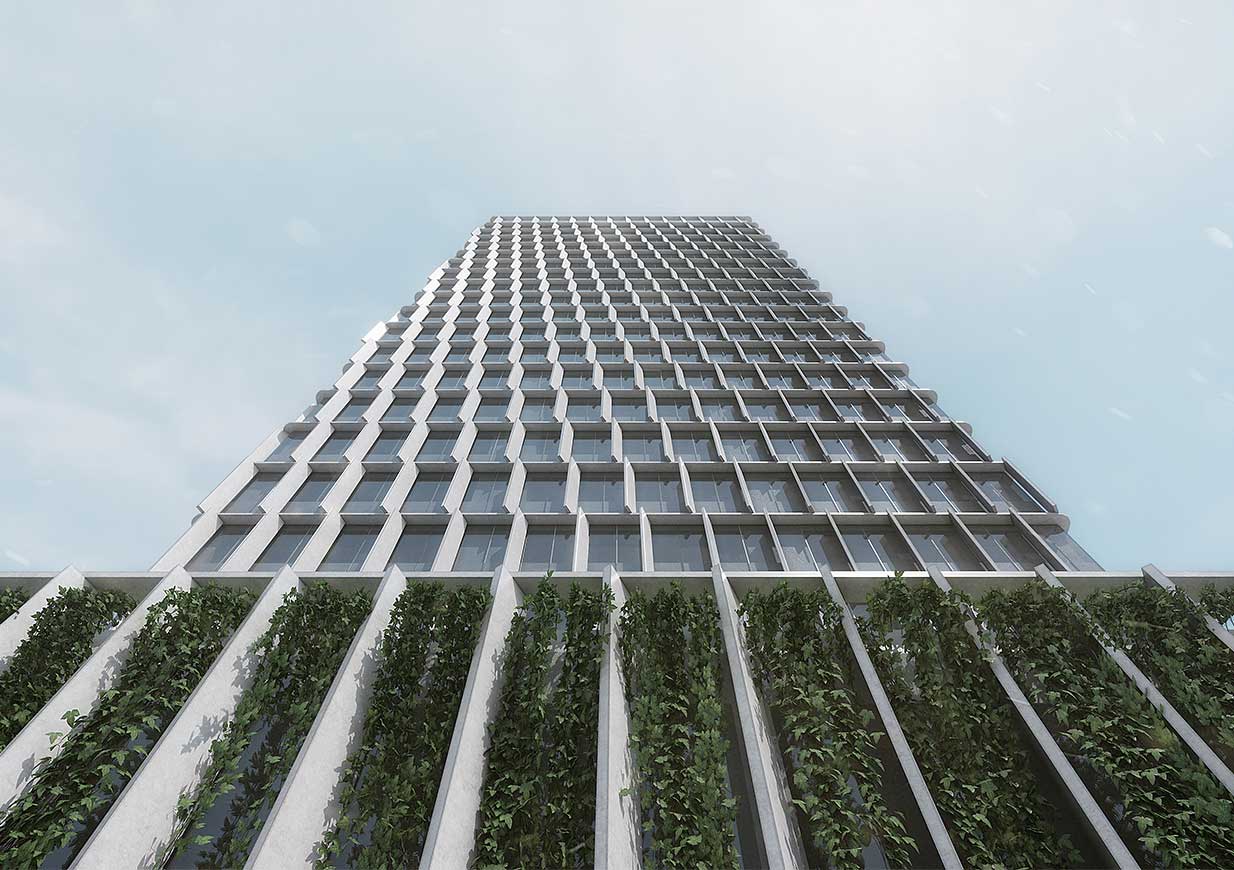