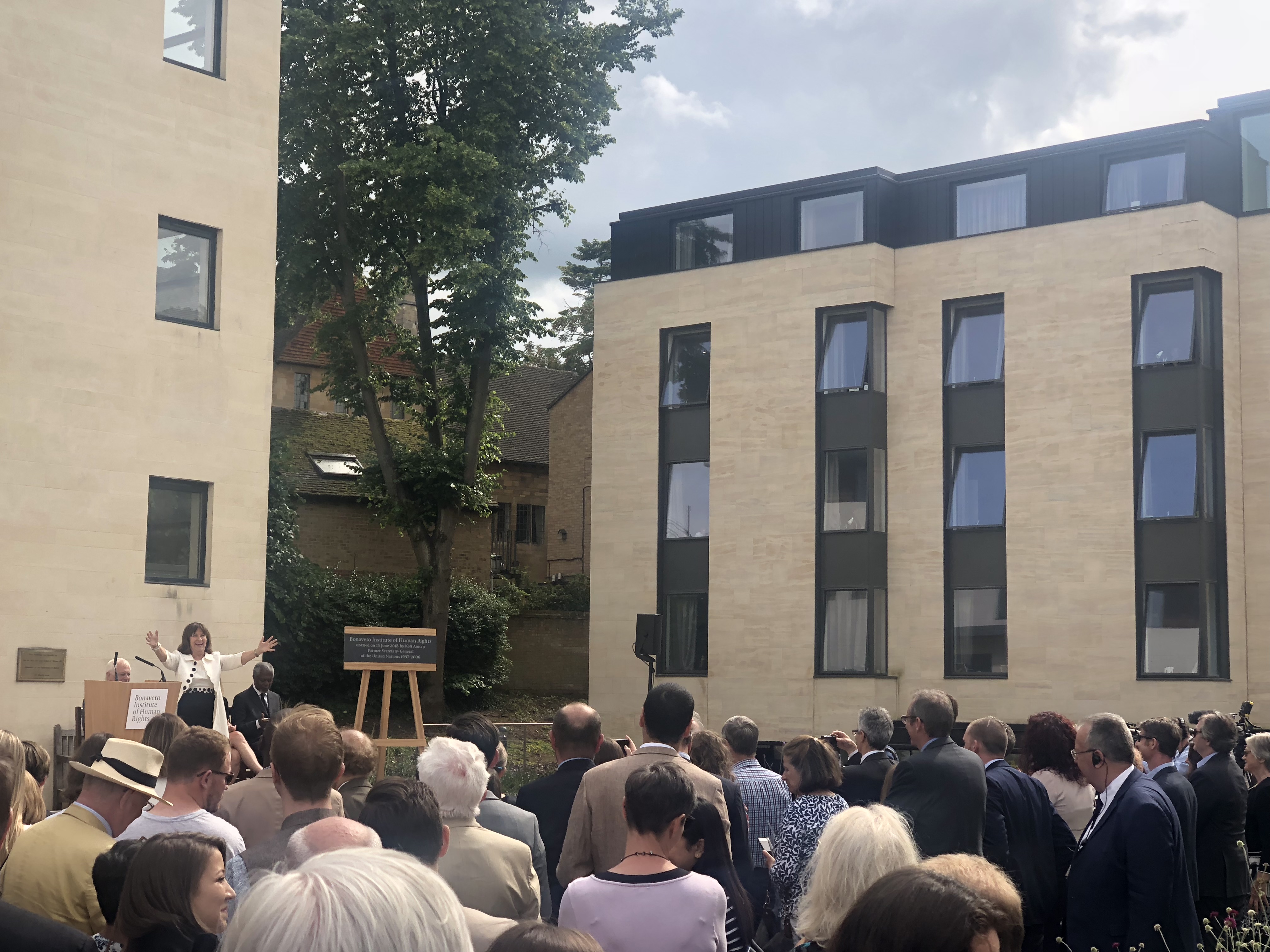 The research institute is part of the University of Oxford’s Faculty of Law, and is housed within Mansfield College’s new Hands Building, for which Eckersley O’Callaghan provided structural engineering services.

The building, which features extensive use of cross-laminated timber, was completed in October 2017.

During his speech, Mr Anan said, ‘I have no doubt that the scholarship and imagination that the Bonavero Institute will stimulate, and the exchange of ideas and the outreach to civil society that it has put at the heart of its mission, will help realise the ultimate promise of human rights – creating a better world for all humankind.’